Before you pie-advocates (in the cake vs. pie debate) get all uppity, let me explain:

This is a CAKE.

Now that we have that settled... On with the story!


One of Joe's favorite desserts is Chocolate Cream Pie. Last year I saved his birthday by express shipping him homemade vanilla cupcakes, snakpaks of vanilla pudding, and a jar of chocolate sauce for him to be able to have his birthday treat at his pre-deployment mob station.

This year, I decided to do even better. Instead of only one layer of delicious homemade pudding, I decided to make a boston cream pie layer cake and do three layers of pudding between four layers of cake with a dark chocolate ganache topping. And NO, this was not "safe" for me to eat in ANY way. But it was not for my birthday. 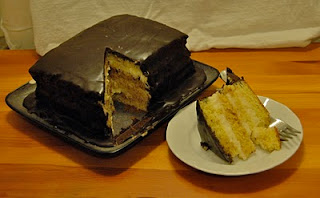 It came out brilliantly, and tastes even better than it looks!

Several days later there is still a very little piece left as it is so rich and delicious that it must be eaten in small portions! Not sure how I'll top it next year, but you better believe I'll find a way. 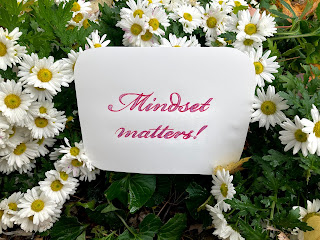