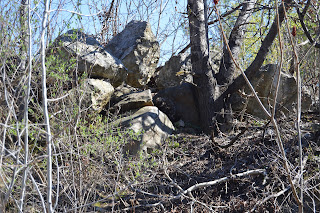 Yesterday we had the pleasure of going to a Porcupine Premier Potluck at our neighbor's house.


NeighborJohn (as we call him) of Nature Nerd's Rule has been working on filming local porcupines and putting together a 30minute documentary for more than ten years!

Following the private viewing of the soon-to-be-released video, we got to go on a guided Nature Nerd walk and see live porcupines at the Mineral Hills Conservation Area here in Florence. See if you can spot the sleepy fellow in the photo above. 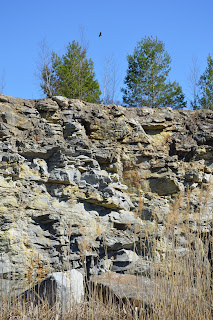 All four of us taking this nature walk put us over the top of our April Family Challenge with a total of 110.4 miles hoofed/walked/run as of Sunday, April 23rd - with a week left to go!

Overall this challenge was less challenging than I expected! As I started tracking my miles, I realized that rarely does a day go by where I don't end up walking at least a mile with the girls. In coming up with our 100 miles, I'd over estimated the amount a certain someone would run and WAY underestimated the amount of miles I would be able to contribute.

I didn't count any walking that wasn't tracked and so found myself porting my phone (that automatically tracks my steps) with me most of the time. It's satisfying to have a number to attach to my activity, but I'm ready to put it down and leave it in the house.

As for now, we're going to get back into the dirt, into the gardens, and out spotting porcupines!