And then there were ten...

-
A little more than a month ago, we noticed a burst of chicken feathers in our yard, a careful count of our birds revealed we were down to eleven. This scattering of feathers is a common reaction of chickens to a predator.
About a week later, (and amidst the first bout of the "arctic vortex") I noticed a second burst of different colored feathers - and we were down to ten. Without knowing what kind of predator we were dealing with we felt hard pressed to know how to protect our flock.
Two days later, I noticed Jake sitting at the end of his line watching the woods intently and I ran to look. I saw a fox trotting from the neighbor's field heading straight toward our coop.
I ran to the bathroom and managed to hastily snap the following photo before running to the backyard to scare it off before it reached the girls. 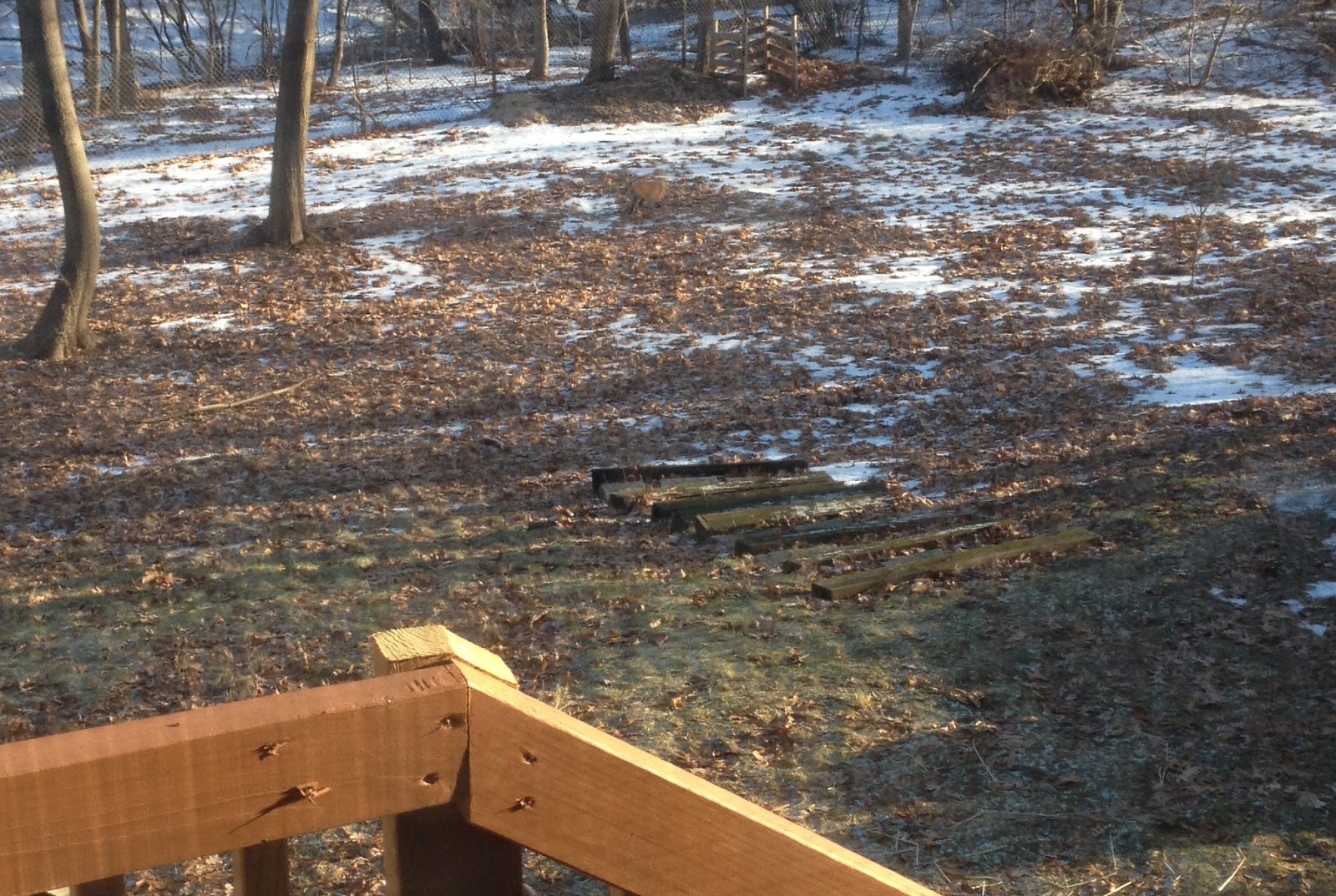 They were all a flutter and made quite the racket before the fox heard me and turned tail.
We've since shored up a few loose spots on the chicken yard and sent our resident large predator out to the yard nightly to mark the territory. We've held steady since that sighting, and I keep singing to myself "A fox went out on a chilly night..."
Occurrences like this make me grateful for the reminder of the awesomeness of the wild, how we are never really far from it, and how, in our little mutterings about our property, we contribute to the greater world.
-
Posted by Myrrh Brooks at 8:45 AM

Email ThisBlogThis!Share to TwitterShare to FacebookShare to Pinterest
Labels: Outside at the Homestead